Information for settlers in WA

The series consists of letters received by the Surveyor General.

These diaries give details of employment of staff, documents received and issued by the Dept. and remarks about the proceedings of each day. The first diary was commenced at sea aboard The Parmelia. The first two volumes are described as Proceedin...

Letter - Stirling to Roe re duties of Survey Dept

Index to Government notices re land

Abstracts - letters forwarded to officials, nos 1-94 (at back of vol)

Governor Stirling's proclamation of the establishment of the colony.

With one exception all,of the plans in this series are Survey Office reductions drawn from surveys conducted by Ommanney & Shenton, and Smythe in the Avon Valley during the mid 1830s.All plans were accessioned as 401C when transferred to the Batty...

Returns of property on which land has been claimed

The volumes contain a brief description of the subject matter of the letter, date sent & to whom. The letters can be seen at Was 1856

Handwritten copies of circulars received from the Secretary of State for the Colonies 1829 - 1838. At the back of the volume are the regulations for the Civil Court for 1832.

This is an artificial series created by the State Records Office for a collection of transcripts of early Colonial recordings of births, deaths, marriages, baptisms and burials mainly prior to the establishment of the Registry Office in 1841. The ...

ABSTRACTS - CORRESPONDENCE - BOARD OF COUNSEL AND AUDIT

Brief abstracts of letters sent to and received by the Board of Counsel and Audit which was established to assess the value of items listed by settlers in their applications to acquire Crown land allotments.

On 9 December 1829, Captain Stirling appointed Justices of the Peace to deal with civil and criminal matters. The greater part of their work was in connection with criminal offences and they held courts of Petty and Quarter Sessions as in England.... 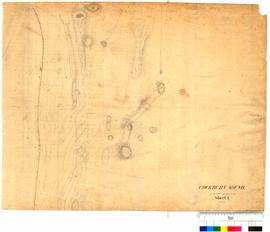