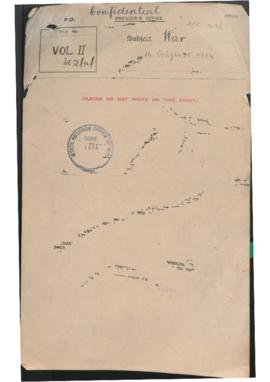 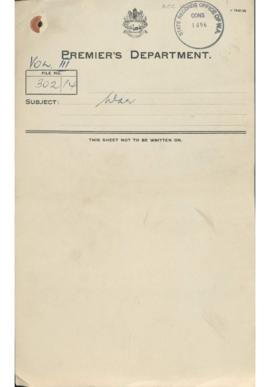 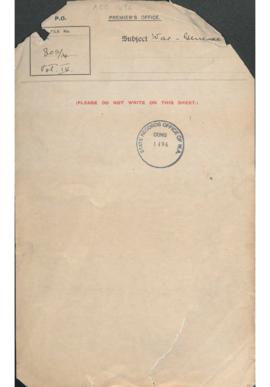 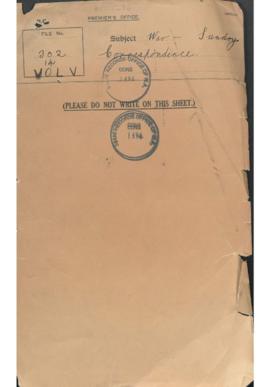 With the advent of responsible government in 1890, the Governor was superseded as the Chief Executive Officer of Western Australia by a Premier and Cabinet who were responsible to Parliament. The first Premier was the Hon. John (afterwards Sir John and later Baron) Forrest, who held the position until 1901. Premier Forrest's office was managed by Frederic D. North, a clerk from the Crown Lands Office who was appointed Secretary and Clerk to the Executive Council in February 1891. North may be regarded as the instigator of the Premier's Department since it was his submission to Forrest which led to the creation of the Department in May 1898.

In August 1903 the title of the Premier's "Department" was changed to Premier's "Office", and during the next few years the office was located within the Departments held in the portfolio of the Premiers of the day.

In 1907, the Premier's Secretariat was recognized as a separate entity and was allocated its own appropriation. For the next 34 years it functioned as an autonomous government Department.

In August 1941 it reverted to being a sub-department of the State Treasury. However, its status was restored in January 1948 and since then it has functioned as an independent Department. The changing status names and affiliations of the Department may be summarized as follows:

On 1 September 1987 the Department was reorganized and its name changed to the Ministry of the Premier and the Cabinet.

The organisation is known now as the Department of the Premier and Cabinet.

In 1917 the Premier's Department assumed responsibility for the office of the Agent-General in London. The Department subsequently administered other agencies including the Government Motor Car Service, Government Printer, Public Service Commission, Railway Advisory Board and the State Gardens Board (afterwards known as the National Parks Board). During the Second World War, when the National Security Act vested the Premier with wide powers, the Department was responsible for such matters as blackouts, hotel hours, race meetings and basic wages.

Later, the Department was to hold responsibility for Royal Commissions and other Commissions of Inquiry, for protocol and for the appointment of Justices of the Peace. As well as providing secretarial and administrative assistance to the Premier and the Executive Council, the Department acted as a liaison between the Government and the Governor and between the Legislature and the Judiciary.

Registered files which comprise correspondence between the Premier and his Ministers, State and Commonwealth Governments, other organisations and individuals.

The files also cover a range of matters relating to the administration and operations of this department.

(Files in this Record Series include items which were previously listed at the State Records Office at reference: AN 2, Accession 1496; AN 2/9, Accession 1703 and part of Accession 1704).

Existence and location of originals

Range Control Symbol = ere created
Copies: Microfilm of Cons 1496 to 1900 is available at the State Records Office of Western Australia. Copies of some files from Consignment 5761, relating to John Curtin, are now available in digital format via the Electronic Research Archive at the John Curtin Prime Ministerial Library http://john.curtin.edu.au/resources/index.html